Description: Naan in parts of the Indian subcontinent usually refers to a specific kind of thick flatbread (another well-known kind of flatbread is chapati). Generally, it resembles pita and, like pita bread, is usually leavened with yeast or with bread starter (leavened naan dough left over from a previous batch); unleavened dough (similar to that used for roti) is also used. Naan is cooked in a tandoor, from which tandoori cooking takes its name. This distinguishes it from roti, which is usually cooked on a flat or slightly concave iron griddle called a tava. Addition of Butter in plain nan. 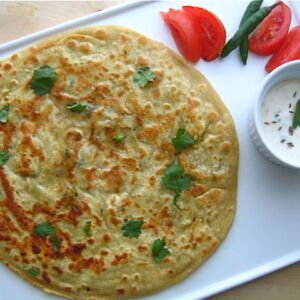 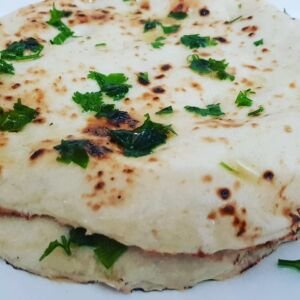 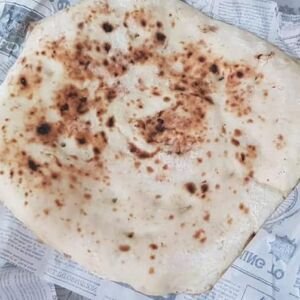